Just like our cricketers give us festivals of sixers, broadcasters also have a festival of advertisements. As big players like Netflix enter the domain, read on to know more about the sector that influences your needs and purchases. 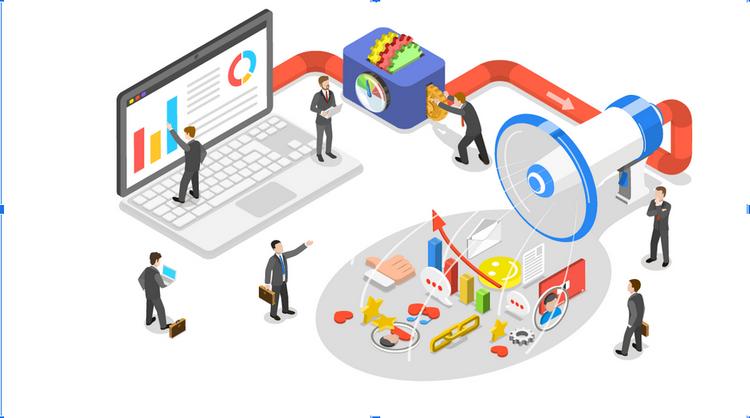 Great performance by Indian cricketers not only helps India clinch titles. It also raises the demand for advertising time. It has been reported that just a 10 seconds of run time during the Ind-Pak match has cost around 15-16 lakh. Roping in pan India stars to a soothing Docomo ringtone, firms climb greater heights to grab all your attention into their products. There's a huge industry that controls what you see, what you perceive and what you buy finally.

Do you know that “Sponsored Listing” isn’t a validation by a digital platform or a first hand review? It’s also a brand marketing, precisely another advertisement. The revenue generated by such “Bestseller” advertisements is shooting up. Almost 53% of global ad revenues of 2021 was shared by 5 global tech giants - Google, Meta, Alibaba, Bytedance and Amazon. Also, smaller companies like Swiggy and Zomato account for more than 70% of their revenues through advertising.

With over 222 million paid users, Netflix has revolutionized the entertainment industry with it’s video streaming service. But in the recent Q2, Netflix has reportedly lost 970,000 subscribers with a dip in profits. Right from the beginning, Netflix distanced itself from advertisements. But now Netflix has turned to Advertising to bring back its lost fortunes and compete with close rivals like Amazon Prime and Disney Hotstar. Netflix will soon unleash subsidized ad based plans, with 4-5 minutes of advertisements per hour.

This is how pivotal the advertising industry is. We have recently seen many heartwarming advertisements like Amazon’s “Deliver the Love” and Cadbury’s “Shop for Shopless”. The standards of an advertisement have risen above par as they blend a little societal advice with the products.

Customer’s needs and choices evolve rapidly and it's at times difficult for companies to keep pace with the change and to identify and capture its target audience. Today’s startups have begun acquiring the advertising sector by utilising modern day technologies like Artificial Intelligence. Digital marketing firms provide technology platforms using mobile intelligence to create new paths and help the firms attract its audience.

One of the leading players in the industry is InMobi, well known for bringing in personalization in advertisements. It uses data analytics to understand the consumer’s lifestyle and behaviour. In a browser search, though many relevant content would be available, it’s more often that some web pages appear more frequently than the others. Higher visibility ensures higher conversion rates from viewers to consumers. Aristoma is one such startup that works on Search Engine Optimization (SEO), social media planning and brand marketing to help businesses expand their niches in the ecosystem. With browsers like Google removing third party cookies, startups have begun hunting for alternatives. There are a huge number of startups working to bring in Cookie-less tracking, Contextual Targeting and Predictive Analysis.

Advertising can be best described as a controversial art that deals with emotions. Collecting user data to analyze product outreach should also protect the privacy of an individual. Also, the advertisements posted shouldn’t hurt anyone’s feelings. As more challenges are pouring in, the scope for growth in ad-tech is high!

Above the Fold: Why do we Trip?